Mini is a great cat, but she has some quirks. She sock sings. She sings the songs of her people after retrieving socks from the sock drawers or the laundry. It depends on the day what sock she chooses. Her favorite person on the planet is Mr. He is her food source. He spoils her rotten. He lets her do things that I will not. 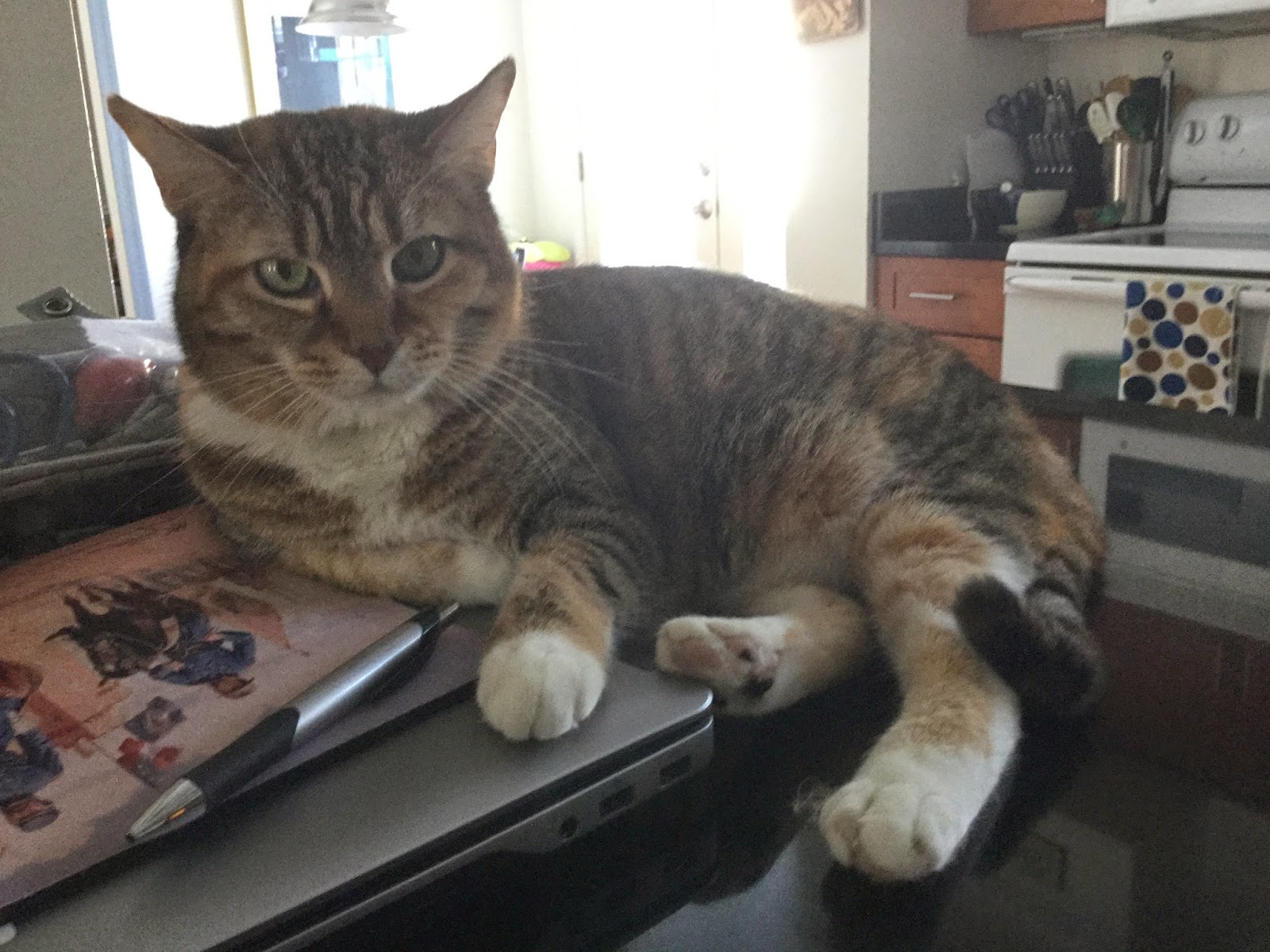 This morning - at 5:15am - you know, when it's still dark out and I am still asleep... Mini decided that Mr's departure was simply more than she could bear. She went and found a sock in the laundry basket. She dragged said sock into the kitchen, deposited it on the rug and began her song of woe. It was long and loud and oh so woeful... I had no idea she had such a set of lungs. (Maybe I should sign her up for American Idol or The Voice.)
Normally, her singing happens right after one of us goes to bed and lasts about 10 or 15 seconds.  And it's cute.
Well, this morning her sock singing lasted a good 10 minutes. It was not cute.
She is currently wandering around getting into things - which is very unlike her. Normally, at this time of day, she is toes up on our bed - resting in preparation of Mr's return from work when getting into things time normally starts. I hope she settles down soon, or I'm going to have to send her outside to play in the snow.

Posted by Ladybug Crossing at 9:40 AM

Now that is a quirky cat.